Success for Shebbearians at rugby trials

Shebbear College and the OSA are delighted to announce that three students – Charlie, Sione and Alessandro – have been selected to represent The Lambs U16 National Squad for 2017. This is a fantastic achievement and our congratulations go to them.

Having been selected to trial for the England Independent Schools Lambs U16 Rugby Team in Cambridge this Sunday the OSA would like to wish Shebbear students Charlie, Sione and Alessandro the best of luck. Will Cowan-Dickie was also selected but unfortunately he injured his knee playing for Cornwall at the weekend. 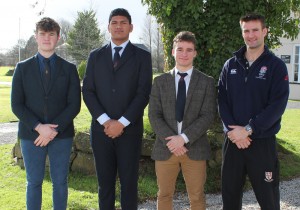 Eighty Old Shebbearians gathered at the RAF Club in London on Saturday 14th January for their annual Reunion Dinner and President Paul Lockyer said he was proud to have served the association, even though he had not attended as many events as he would have liked.

He went on to explain that the annual subscription paid by the members helped to support such diverse activities as Ten Tors, Engineering courses, overseas sports scholarships and the 5th and 6th Form Proms.

Headmaster, Simon Weale, then gave an extremely positive and typically humorous report on the past year, highlighting excellent results for both 1st XV rugby and 1st XI girls’ hockey over West Buckland and then head girl, Lucy Taylor and head boy, Harry Dymond spoke about their new 6th Form Centre and the Music Centre as well as thanking the OSA for the new first team netball kit.

Chris Hale responded on behalf of the OSA, reflecting on his time at the College, before most retired to the bar to share more of their memories of college life.

Finally, the association’s first female President, Kay Giddy, said she was very much looking forward to her year in office. 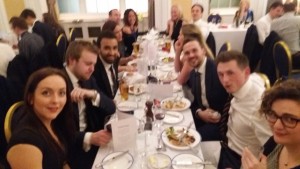 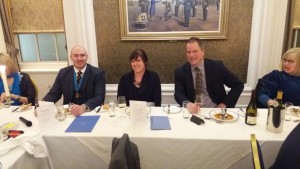 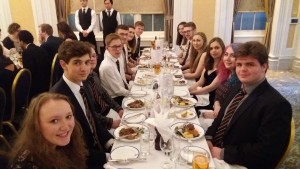 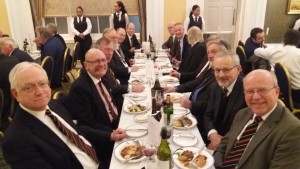